Len has been a Level One USPTA Professional since 1992 and has served on the USPTA Board of Directors as the Southern Oregon Representative. He greatly enjoys teaching and has taught tennis in the Pacific Northwest for 30 years. Len has experience working with juniors and adults of all levels, from beginners to National level players. He has coached adult USTA teams to Nationals and on several occasions he has been a Zonal & Intersectional coach for juniors. As a player, Len played and captained Open and 5.0 level teams and 14 times traveled on teams to Nationals. 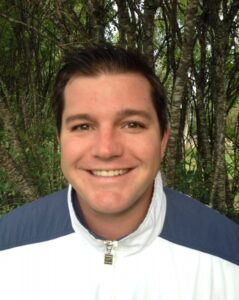 Born in Medford Oregon, Zach began his tennis life there in the late 1990’s with the Frank Inn Jr. School of Tennis.  He won his first USTA Junior Champs tournament at the age of 16 and later went on to complete in the State championships, three years finishing with a USTA Pacific Northwest top 20 ranking in singles and top 5 in doubles.  Prior to his position at ATFC Zach served as the Director of Tennis and Pickleball at Peak Tennis in Hayden, Idaho and at the Hayden Lake Country Club where, at both facilities, he expanded programming, USTA Leagues, and held Tennis and Pickleball tournaments. He was the 2018 Spokane Open Champion and has competed on the traveling 5.0+ teams in the Pacific Northwest area tournaments and has held USPTA/USAPA/PTR/PPR credentials.  Zach enjoys working with all levels and abilities and is happy to be back home in the Rogue Valley.

Frank has been an USPTA Elite Tennis Teaching Professional for over 30 years in the Rogue Valley. He has worked with novice adults up to Wimbledon champions, novice juniors up to US Open Junior Champions. Frank has been inducted into the USTA/PNW Hall of Fame. Frank will be teaching with limited availability. 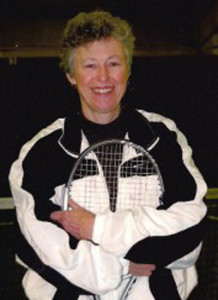 Gail was born and raised in Sacramento, CA where she learned to play tennis at age 8. Earned a B.S. in Physical Education and a Secondary Teaching Credential at the University of California-Davis and a Masters degree in Sport Science at the University of Oregon. Gail taught physical education and health at the junior high, high school and college level. She coached the SOU women’s varsity tennis team for 10 years, twice earning Conference Coach of the Year awards. She is a USPTA certified teaching professional for over 20 years. Gail ranked #1 in singles and doubles several years in several USTA/PNW Section age groups. Her highest USTA National Rankings: #21 Singles, #13 Doubles.

Ronda has worked in the administrative side of tennis both as an employee and as a volunteer for over 25 years. She brings to ATFC her years of experience coordinating tennis events including; tournaments, fund raisers, socials, as well as adult and junior trips, domestically and internationally. She is excited to now be on staff at ATFC.